Looking into it. I can confirm Ruger was looking into 5.7 awhile ago.
Jay Wolf
Pr. Elite Ammunition

I couldn't find anything about it except on a couple gun blogs. I searched ruger -57, recoil gun magazine's site, even the author's name - nada.
Would be nice if true but not holding out hope.
How to post pics & videos: viewtopic.php?f=3&t=6363
Contrary to popular belief, you CAN fix stupid - it's just illegal.
Top


Little disappointed though, the blogs were saying it was supposed to be less than $500

And another ammo source!
How to post pics & videos: viewtopic.php?f=3&t=6363
Contrary to popular belief, you CAN fix stupid - it's just illegal.
Top

My LGS is quoting $609.00 to start and mags are about $40. He thinks prices will drop down after intro.
Top

well, my local range had one to rent so on Friday I went out and did rent it and compared it to my 5.7

-magazines will not interchange - ruger mags are slightly thinner, and a tad bit taller (try to see if either would fit in either weapon, no go). -the ruger mags are steel
-the handle/grip a slight thinner (see above)
-the safety on the trigger throws me, not like a glock. every time I fired I on the first round I wasn't sure if I was gripping the trigger correctly
-sights, I like the front (fiber), the rear was plain black (didn't like that), the fact that you can put a red dot on (co located) is a big plus (FNH? can you do something on that? or in other words, give us that option too)
-it looks just a tad bit taller (most likely due to the mag)
-Mag release took a bit to work

will I buy one? sure, I wasn't the only person that mentioned that, a lot of folks wanted to have the FNH 5.7, just couldn't bring up the money to get one, this will make it a bit easier

just my thoughts on it....
Top

I checked with my Cabela's who simply said they didn't have any yet and do not know when they will get any. Also checked my LGS and they said they were on a waiting list with the distributors they go through.
"Let us never forget that good intelligence saves American lives and protects our freedom."
-Ronald Reagan
Top

They need to make them with a threaded barrel !!
Top

Tornado Tech does barrel extensions for the FsN, maybe they'd do it for the Ruger? Remind me & I'll check after work...
How to post pics & videos: viewtopic.php?f=3&t=6363
Contrary to popular belief, you CAN fix stupid - it's just illegal.
Top

So I just picked up a Ruger a couple of days ago. My main reason for picking one up are mostly cost:

- Sometimes things can get filthy at the ranch, and I hate to put the poor Five-seveN through that
- When I travel, I'd rather the baggage handler "lose" (read: steal) the Ruger than FN

Off of the top of my head, the things that the -57 have going for it are:

- Slide milling for a red dot. Yes, EA can mill a FN slide, but it just looks weird on the FN with the curved sides.
- Large amount of available accessories. Ruger did a damn good job in this respect. Although they didn't gauge demand well, as almost everything was out of stock for a while. They also only seem to have 1 of the mounting plates available, but I thought there were 6 or 7 models announced?
- More familiar safety
- Cost, of course

However, hands down, the Five-seveN wins everywhere else. The FN is lighter, just feels better in the hand, and the fit and finish is lightyears ahead of the Ruger. As somebody who was born and raised in AZ, this isn't a knock on the Ruger workers, who am I'm sure are perfectly capable of building a finely made gun. That's just not Ruger's market, however.

At the end of the day, I'm sure the Ruger will go BANG just as well as the FN, but it's really like comparing a Rock Island 1911 to a Wilson Combat 1911. They're just completely different markets.
Top

EA does plan on offering sight up grades and trigger work.

I am also a Ruger fan. I have many of them two of favorites are my 4.5 inch Super Blackhawk I have had for decades,
and just a few weeks Ruger American rifle in 6.5 Grendel.

This is also the first gen for Ruger. It will provide areas where EA can improve them for one thing. Keep in ind though
the current MK2 is actually the 5 generation of the platform.

More then anything a cheaper 5.7 pistol from a major manufacturer in a plus! Also will force FN to drop the price on the five seven.
Jay Wolf
Pr. Elite Ammunition

Oh I definitely wasn't trying to knock Ruger at all. At that price point, there's only so much polishing you can do during mass production. It's definitely well made.

Either supply is low or demand is high, or both. I am a FFL, but since I'm nowhere near a large one, all of my distributions are allocating whatever they can get to their larger customers. So I paid retail in-store for this one just to try it out. A relative works at a large box sporting good store. Corporate never sends them any Five-seveNs either, and only a few boxes of ammo. They did get 2 Rugers and both sold out within 2 days. He also said since the Ruger came out, they haven't managed to keep any ammo in-stock, they're constantly selling out. I have to admit I'm surprised about the demand, but it can only be a good thing!

Right now Ruger is only showing the Burris & Vortex plate on their page. I wanted to say they preannounced more? While I like Vortex, I personally think a Shield RMSc would be perfect for this gun due to the lighter weight.

I will say though that my wife is much more difficult to please. I'm pretty sure she loves her FN more than me at this point. She picked up the Ruger, felt it for a few seconds, racked the slide, and went "meh". I was secretly hoping that she'd like it, since I want to send her FN to you guys for accurizing, but she'll never go for that without a 2nd pistol in the meantime, and DAMN the Ruger even retail is almost half the price of the FN wholesale

Yeah but the shinning star is that Ruger will force FNH to drop the price of the FsN down to where is should be.

There is no damn reason the FsN should sell for one penny over 700 bucks at all in anyway.
Jay Wolf
Pr. Elite Ammunition

Tornado Tech does barrel extensions for the FsN, maybe they'd do it for the Ruger? Remind me & I'll check after work...

Nobody reminded me so I forgot. Checked today though, it is not listed on Tornado's website but you could ask if they could/would do it for the Ruger.
How to post pics & videos: viewtopic.php?f=3&t=6363
Contrary to popular belief, you CAN fix stupid - it's just illegal.
Top

Just saw this in a magazine I picked up today.

Methinks FN is irritated by Ruger 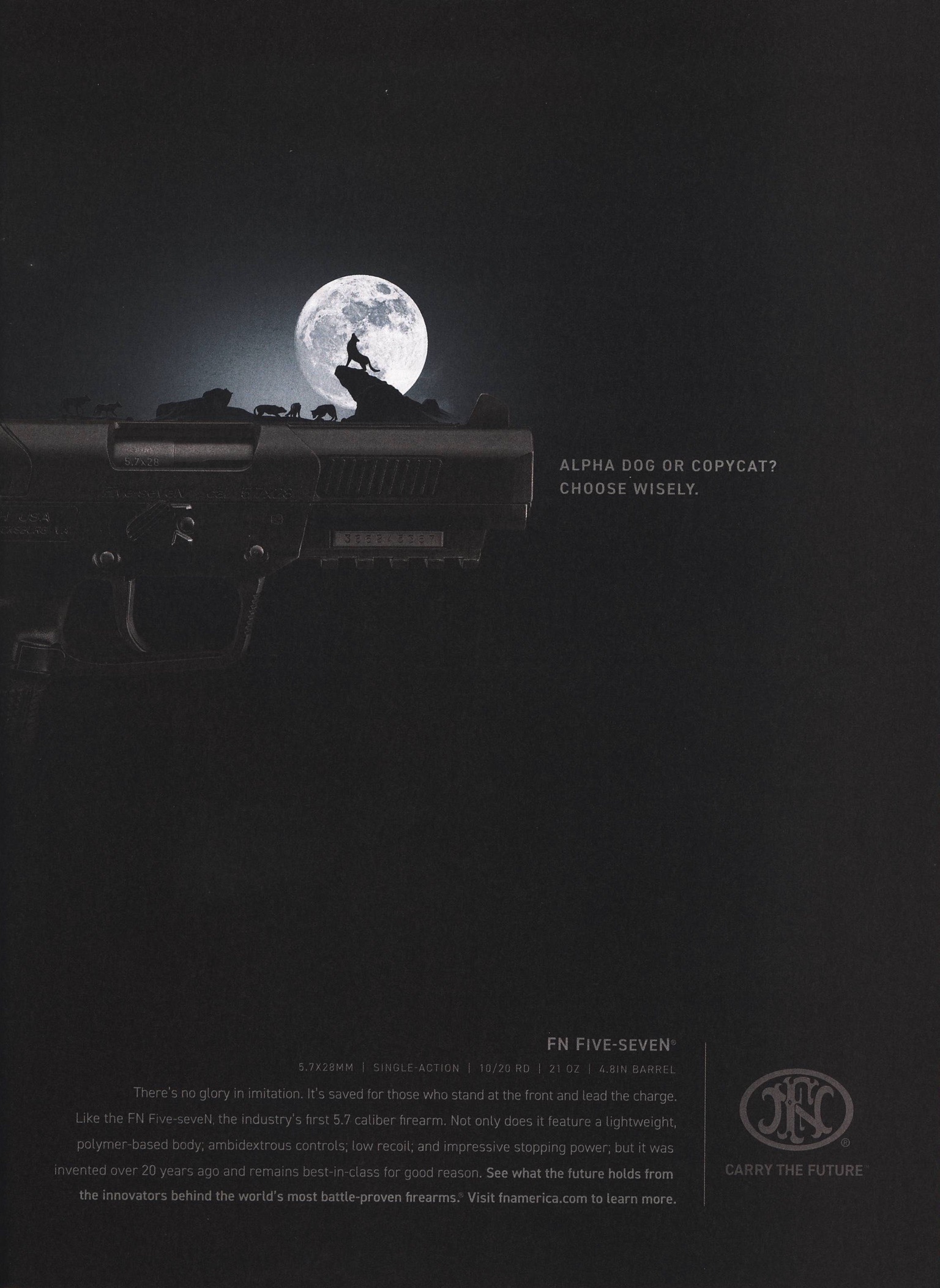 That link you posted doesn't work for a pic. You have to save the pic then upload it to an image sharing site like imgur or something similar.
Also tried pasting the link, it says not authorized.
How to post pics & videos: viewtopic.php?f=3&t=6363
Contrary to popular belief, you CAN fix stupid - it's just illegal.
Top
Post Reply
24 posts

Users browsing this forum: No registered users and 1 guest